It is within your constitutional right to arm yourself with a gun. Some do it to protect their household while others just own them to fire off in the shooting rage and blow off some steam. Regardless of reason, there are hundreds upon hundreds of handguns out there and it can get quite confusing especially for those not knowledgeable with weapons. In this list, we will tackle some of the best handguns that are known for various traits which make them stand out. Here are the top 10 handguns you need to know about or purchase. 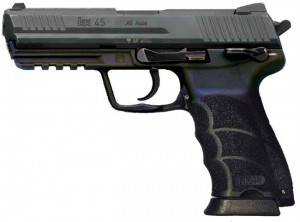 This handgun was designed for the military and manufactured by one of the leading weapons manufacturers in the world, Heckler and Koch. This full-seized pistol has a magazine with a capacity of ten rounds and also has side release that is ambidextrous. The backs traps can also be changed to accommodate different users with hands that also differ in size. 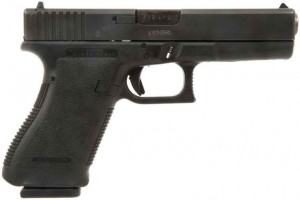 If you are looking for something to protect your home with, this is one of the best choices you can make. It has great stopping power and one of the most reliable guns on the planet. What it lacks in the capacity of rounds it makes up for the stopping power as well as its reliability even in cold climates where gloves are used to fire a weapon. This Glock also has a safety switch on the trigger itself. So when you need to fire, all you need to do is pull. 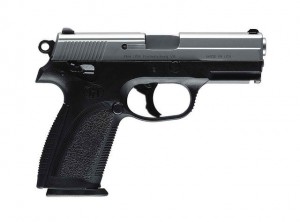 Developed by FNH in the United States, the FN Herstal is one of the many series of semi automatic pistols that are framed by using polymer. That being said, it is the only one of its kind that is capable of having its frame rails replaced. The Herstal also has a de-cocking lever that is ambidextrous as well as a magazine release that is reversible. This is great especially during those times when every second counts. 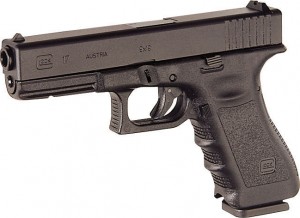 Another release by Glock, this handgun is also reliable and has a polymer frame. The 17 is also known as the Glock Safe Action Pistol and also has 17 rounds. There are four variants of this handgun and the Glock 17 MB is the latest one with an ambidextrous magazine release. 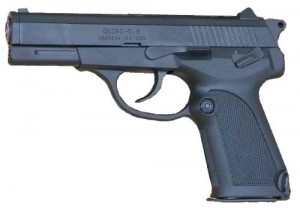 Now if you are not familiar with this handgun especially if you love American-made ones, do not be surprised with this model. The QSZ-92 was developed by Norinco, which is a Chinese company that makes guns obviously. This model handgun is gaining worldwide recognition and is even being exported to countries like Canada. The good thing about the QSZ-92 is its short recoil and barrel lock that rotates. 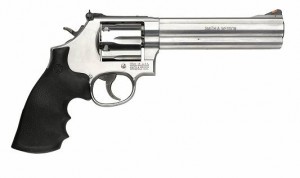 The Smith and Wesson 686 is another handgun in its line of .357 revolvers which is compact and can easily be stored. It has a very strong frame that is built to last even if you use it a lot. This is the reason why policemen make the 686 their choice for revolvers. There is a variant between six and seven shots of the 686, depending on your preference. 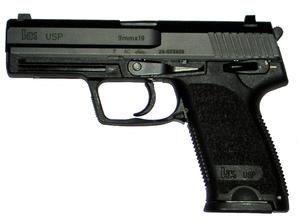 The USP, also known as the Universal Self-loading Pistol, is a German model developed by Heckler and Koch. This model is used by the U.S Department of Homeland Security and the German police as well. It is a semi-automatic pistol that is made with a polymer frame. The USP is very reliable and easy to use. 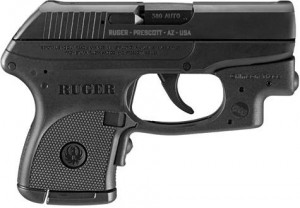 Although it was off to a rocky start due to difficulties with the trigger, the LCP has made a comeback and this is one of the models that stand out from the rest. This model is quite rigid which makes it easy to handle, and is now licensed to be used by home owners for protection as well as police use. 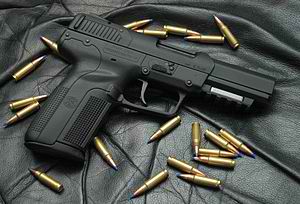 With a large capacity for bullets, low recoil as well as the ability to shoot through armour, the Five-Seven by F.N is one of the most popular handguns in the world. This is so popular that hundreds of law enforcement agencies all over the world use the Five-Seven. In fact, this is the weapon of choice for the United States Secret Service. At the same time, it is also very popular among civilian gun enthusiasts. 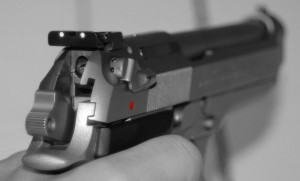 There is probably no brand of gun more commonly heard than the Beretta. With its great stopping power and durability even under constant usage, the Beretta 92 is used for both police and military enforcement. At the same time, it is also popular among sporting individuals as well. The model handgun has a great feeding and ejection of ammunition which makes it very comfortable as well as convenient to use.