So you think they’re hot and great in their field of sports and you’re wondering maybe they’d also look good naked. Well, you don’t have to wonder anymore. It isn’t just budding stars or Hollywood A-listers that have posed nude for magazines, but many of the female athletes too. Is this a crime? Should they be suspended to play their sport? Absolutely not; and it’s because they haven’t made a scandal, they have simply posed for a photo with nothing but their glorious physique to show. Others see it as a work of art and many have respected these ladies for what they were able to do in front of a camera. You’ll be surprised how many famous nude female athletes have made it big in the industry. 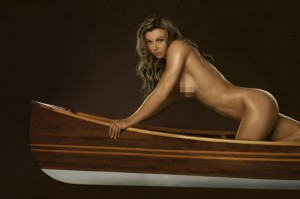 Nicole is a babe of a girl but whoever would have thought that she is a kayaker? Nicole is a German kayaker and has played in the Beijing Olympics. She has graced her country’s Playboy and her doing so made kayaking into a sport with little followers to that of many in an instant. 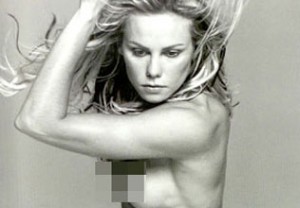 Who said only pole dancers can go nude? Well, Tatiana definitely changed that when she posed nude for a magazine. Rather than a pole dancer, Tatiana is a Russian pole vaulter. Her sport has definitely done a great job maintaining her physique such that showing off her body is something that she can do confidently, even with the absence of poles and clothes. Oh and she does so with such finesse you won’t be able to turn your heads away.

Even though it was still back in the days, Rena Mero made a great appearance on the Playboy magazine. Already a hot WWF star, she was even hotter when she took off her clothes and posed nude. Did this mean that she wasn’t that much great of a fighter? That’s absolutely a no as she is both able to kick ass on the ring as well as she is able to show some on the magazine. Others in the same sport have gone this route as well but no one has measured up to the impact that Rena has made. 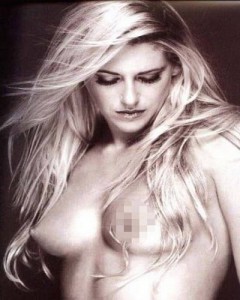 A basketball player need not be boyish to be able to play well. Lauren Jackson is a true testament of this. She not only plays well but dresses well too. To make matters even more enticing, she looks great even without her clothes on. She appeared nude in a black and white photograph in an Australian magazine. Needless to say, she did it to raise money for the Olympics and boy did that really raise funds. If they continue on using this ploy for raising funds, Lauren Jackson would be able to do it effectively. So, it’s just lights, camera, action and Lauren in all her beauty exposed. 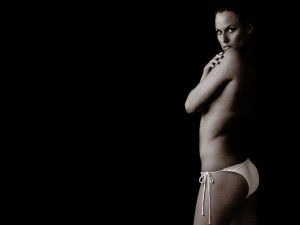 Seeing a scantily clad Amanda Beard is nothing new what with being an American swimmer and all. What is new is that she posed nude for Playboy back in 2007. Now that was a sight to behold. Men and women looking at Amanda swim from then on was changed but it still did not change the fact that she is one great swimmer and makes the nation continuously proud. Even if you’re swimming in a suit for a living, Amanda still manages to turn heads with her nude photographs. 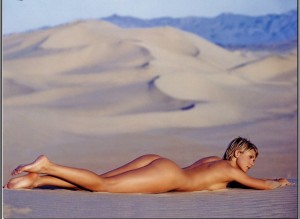 Long legs make for great long jumps and that’s what Ineta Radevica is known for. This Latvian long jumper has legs that can kill and a face just equally enticing. She is a classic European beauty. Her blonde hair and golden skin made for a great pair when she posed in Playboy amidst the gold of the desert sands. Long jumps require talent and posing nude in front of a camera requires guts and both these characteristics is something that Ineta clearly possesses. 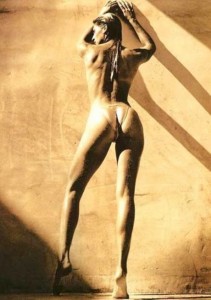 Great body and great talent work well together. This is what Gabriella Reece proved when she posed nude for a magazine. This renowned volleyball player is not only known for her prowess in the sport but also for her long slender body and good looks, which many people got to see in the magazine issue’s release. Gabriella has since then been making waves not just for her body but also for her equally outstanding victories in the sport. 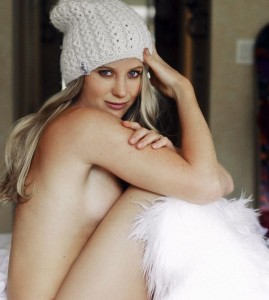 For a sport that isn’t well-viewed in some parts of the world, Madeleine Dupont’s posing nude changed all this. Curling became a followed sport when the captain or the “skip” of the Danish women’s curling team posed nude for a magazine. The purpose that she claims for doing so is just pure love for the sport. This just makes you love her and her sport even more. And yes, curling isn’t a cold sport anymore when Madeleine graces it with her wonderful physique and persona. 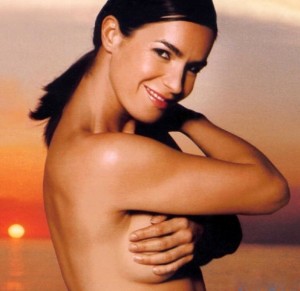 Everyone was taken by surprise when the sweet and innocent looking Katarina Witt posed nude for Playboy. The result was a sell-out of the Magazine. The issue proved that Katarina couldn’t just do wonders on the ice but can also do full frontals on a magazine. For this reason, Katarina tops most lists when it comes to female athletes going nude. Katarina also proves that she’s not just hot on the rink, but she’s also hot in magazine pages as well – particularly Playboy.

1. The US Women’s National Volleyball Team

The US National Women’s Volleyball Team tops the list of nude athletes in the female division because nothing just says it better than a group of women reveling in their naked glory. These talented women showed off their equally stunning bodies in different volleyball positions and many more. It’s all in black and white making the photographs even more riveting. It certainly got the sport and the team a lot of acclaim, not to mention the nation.