Wolf Spiders are called as such because they basically act like actual wolfs that stalk their prey and immediately chase and consume them even in short distances. This kind of insect is something you wouldn’t want to encounter because not only does it look physically scary, it is also very dangerous when touched. Here are some of the most interesting Wolf Spider facts you can ever learn about and that will also freak you out in minutes. Make sure to familiarize yourself with each of the facts if only to make sure that you have enough information to protect yourself and your home as well. 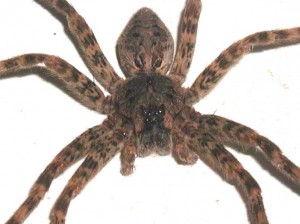 According to a lot of researches and studies, wolf spiders are characterized as opportunistic hunters because they have their own distinct way of stalking and catching prey. Since they are individualistic, they work on their own when targeting their enemies and they usually see them even in far distances so they can attack in minutes while the prey is left to be potentially unaware of it at first. And just like wolves, these types of spiders are very wise at making sure that they are not noticed so they can pretty much be characterized as “back biters” who will attack you when you least expect them to.

9. Wolf spiders have a total of eight eyes 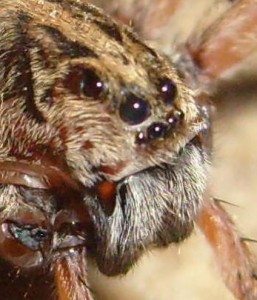 Interestingly, the appearance of wolf spiders is made even more unique because of the fact that they have a total of eight eyes of different sizes and at different locations. Although situated closely beside each other, wolf spiders have two huge eyes on top of all the other smaller eyes. This is actually the very reason why they are regarded to have really good eyesight. Not to mention, they are able to see at far distances and even in the dark.

Perhaps because of their very good eyesight, wolf spiders are able to move as fast as possible. This makes it very easy for them to catch their prey because they usually move in an agile manner. Other than this, one cannot notice when wolf spiders are moving because all you can see is that they have already transported themselves from one location to the next. 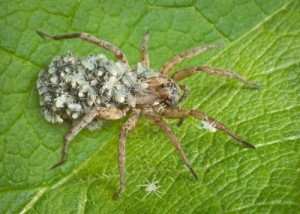 One of the most important facts one should know about wolf spiders is that they usually bite and secrete their venom only when they are provoked. But the venom they secrete tends to be unlimited and last for a good few minutes. So if you find one at home, do not play with it or poke it with anything because it can easily bite you with its speed and cause some problems to your skin and even your entire body like swelling, itching, allergic reactions and so much more. 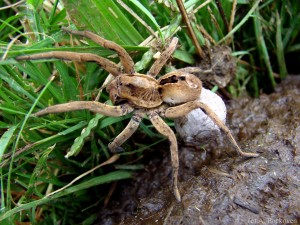 However, even if they only bite when provoked, it has become second nature for wolf spiders to react frivolously to wings beating. Even the smallest movement of the wings kind of ignites them to bite and catch prey. Again, since they are agile and are fast moving, it’s hard to anticipate their attacks. It’s best therefore to ensure that you do not have pet birds at home because they can easily be targets.

5. Wolf spiders live for many years 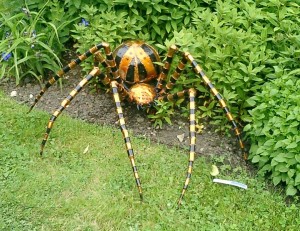 It’s also quite interesting to know that wolf spiders live for many years. These kinds of species have a very long life span and they are also very independent so once they are born and the minute they grow up throughout the years, they become even more stronger and the leave their birthplace to find a better environment for their survival. There is no specific number of years for the lifespan of a wolf spider but it is relatively long compared to other types of spiders and creatures.

4. Some wolf spiders are able to walk on water 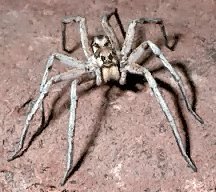 Another interesting fact about wolf spiders is that some of them are gifted in such a way that they are able to walk on water. Because of this, they are able to take advantage of even more prey to catch especially those who can only survive in the water. Not all spiders can walk on water though it is only possibly among those that have tiny hair on their bodies that keep them afloat.

3. Wolf spiders are not dangerous to humans 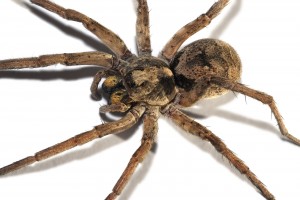 Luckily though, wolf spiders are not necessarily dangerous to humans. This means that when they are provoked and they secrete venom, this does not mean that a person will die. Rather, that person might only experience certain types of discomforts that are not also that alarming. Some may include allergies, numbness of the area where the spider struck and other related symptoms.

2. Bite of wolf spiders may cause fever 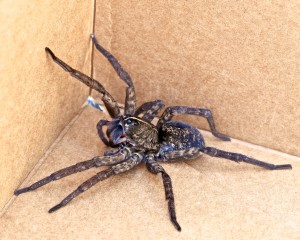 Other than the possible side effects mentioned above, a person who has been bitten by a wolf spider might also develop fever depending on the extent of the bite. Since these types of spiders secrete venom without any limit, it is up to the person to get rid of it. If you find that this is impossible, then your body will absorb more venom and you will more likely develop all the said side effects including fever. Don’t worry though because this should pass after a number of days.

1. Wolf spiders can thrive anywhere depending on weather conditions 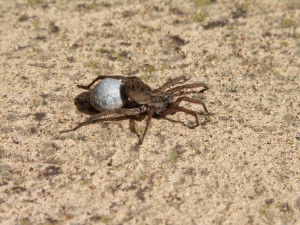 It is also important to know that wolf spiders are actually pretty smart because they are able to change their living and breathing environment based on weather conditions. This means that if it’s summer, you will most likely find spiders living in woods and water while during the colder months, you will find them thriving elsewhere. This is one of the ways that spiders are able to survive and continue to hunt their prey as well.