If you like suspense, horror and action film in one that will keep your mind guessing, these top psychological thrillers are for you. Be prepared to scream or even fall off your seat especially on intense parts of the movies. You will enjoy every moment watching them as you feel the anticipation and excitement that builds up as every scene is unfold. 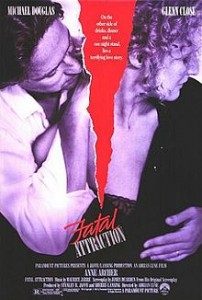 This film was released in 1987 and starred Michael Douglas as Dan Gallagher, Glenn Close as Alex Forrest and Anne Archer as Beth Gallagher. Dan and Beth are married with a daughter named Ellen. He was involved on an affair with Alex, which he thought was just a simple fling. However, this was not the case for Alex, as she became obsessed with Dan. She stalked him, called him and threatened him just to get him back. Witness how one mistake can turn into a disaster, which put his family’s life in danger.

This is one of the top psychological thrillers of all time that will make your heart beat really fast. Christian Bale played the lead role as Patrick Bateman on this 2000 film. Bateman is a wealthy businessman who seemed to have it all; luxury, love life and friends. However, there is a dark side of him that nobody knows. He is a serial killer who molested, tortured and killed his victims. But he got away from it all, even when he tried to confess his crimes. 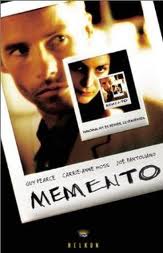 This psychological thriller was released in 2000 and starred Guy Pearce as Leonard Shelby. In this movie, Leonard suffered from anterograde amnesia, making it difficult for him to remember information and things that have happened in the past. His wife was raped and killed by two men, one of them he was able to kill. However, the other was able to hit him, causing the amnesia, and was able to escape. Leonard was determined to find the other killer that he only recalled to have the name John with last name starting with G. Because of his condition, he makes notes, get tattoos and photos to make him remember on the important details about his mission. People will be killed along the way. Find out if Leonard will be able to avenge the death of his wife. 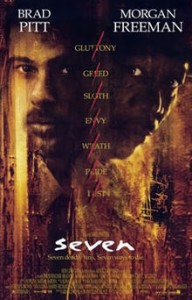 The film was released in 1995 and starred Brad Pitt as Detective David Mills, Morgan Freeman as Detective Lt. William Somerset and Kevin Spacey as John Doe. Mills and Somerset were partnered to investigate on the crimes that they believed were done by a serial killer. The killings had something to do with the 7 deadly sins like lust, pride and gluttony. They then figured that Doe could be the serial killer and they were right. However, Doe had everything carefully planned until the end. Find out how he was able to complete all seven sins related deaths.

Signs was released in 2002 and starred Mel Gibson as Reverend Graham Hess. He lost his faith when his wife Colleen Hess, played by Patricia Kalember was killed in a car accident. He gave up his duty on the church and focused on his two kids, Morgan played by Rory Culkin and Bo played by Rory Culkin, as well as looking after their farm with the help of his brother Merrill, played by Joaquin Phoenix. Mysterious circles appeared on their farm and even on other parts of Mexico. The signs were reported to be caused by aliens. See how the family tries to survive the attack of the aliens and how Graham would renew his faith. 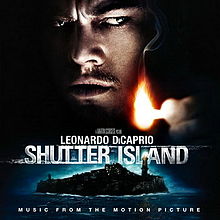 This is a good psychological thriller movie because it will make you think that you know the story but will be surprised later on that it was totally not what you thought it was. In the beginning of the movie, Leonardo DiCaprio who played the role of Edward “Teddy” Daniels and Mark Ruffalo who played the role of Chuck Aule, were two US Marshals, that were sent to Shutter Island to investigate on the disappearance of one of the patients on Ashecliffe Hospital, which was a place for the criminally insane. The name of the patient was Rachel Solando who was convicted of killing her 3 children by drowning them. However, the doctors on the hospital were not cooperative. They were also forbidden to check records, as well as a specific ward. Daniels and Aule were separated as they head to the lighthouse were other patients who did not respond to treatments were lobotomized. Find out what really happened to Solando and Aule and get to know the real Daniels. 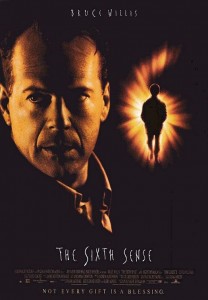 This is one of the most popular psycho thriller films in 90’s. It was released in 1999 and starred Bruce Willis as Malcolm Crowe, a child psychologist who had marital issues with this wife. Haley Joel Osment played the role of Cole Sear, a child who sees dead people. Sear was extremely terrified seeing them. He met Crowe and Crowe helped him overcome his fear. He asked him to communicate with the dead and use his gift to help them. Though scared at first, he eventually talked to them and helped them fulfill their unfinished business on earth. But will Crowe be able to fix the problems with his wife? Find out the shocking end. 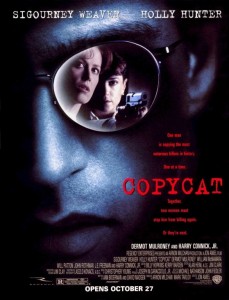 This film was released in 1995. It is about the investigation on a serial killer committing crimes by copying exactly how notorious killers have killed their victims. A doctor who specializes on profiling serial killers and two detectives teamed up to catch the killer. But will they be able to do their mission or will they end up as his next victims? 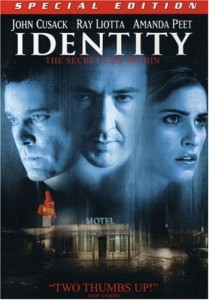 In this film that was released in 2003, 10 strangers were stranded in a motel due to a storm. As one of them was killed by someone in the motel that they not know of, they realized that they were not safe. Another person was killed again, which led to incidents that killed the remaining strangers except for a girl named Paris. This is all because of the other identity of Malcolm Rivers, who was the serial killer. The judge decided to put him in a mental institution under the supervision of his psychiatrist, Dr. Mallick. But is the other side of Rivers really gone?

1. Silence of the Lambs 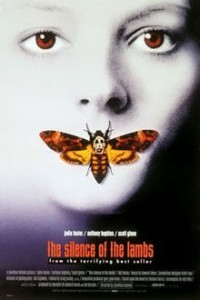 This is one of the most well known psychological thriller films, which was released in 1991. It stars Jodie Foster as Clarice Starling and Anthony Hopkins as Dr. Hannibal Lecter. Starling is an officer that sought the help of Lecter to find a serial killer. Lecter was a very intelligent psychiatrist, who also had a dark side. He was a cannibalistic serial killer, who was locked up in a hospital for the criminally insane. Will Lecter help her find her way to the serial killer?

These top psychological thrillers of all time will keep you guessing on what would happen next. Their endings would be something that you would never think of upon watching the beginning of the films.