Tigers are endemic to Asia and survive in the wild mainly by their keen sight and hearing. Their favorite past time is stalking prey, and incidentally they can consume about 88 lbs. of fresh meat in one meal. They hunt alone and become independent from the litter at 2 years of age. Females are sexually mature at 3 to 4 years of age and usually give birth to 2 to 3 tiger cubs at a time. Males are sexually mature at 4 to 5 years of age. In the wild, tigers are known to live up to the age of 26 years. Tigers are figuring more and more in human consciousness these days because their numbers are at an “all time low,” according to the World Wildlife Fund. Here are a few interesting things about tigers that you need to know about tigers and why there are only 3,200 of them in the wild.

10. Tigers and certain Buddhists get along rather well. 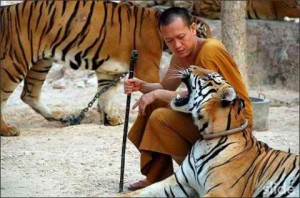 Thailand’s Theravada Buddhist Temple in Kanchanaburi Province welcomes visitors with a motley crew of monks and tigers. That may be an odd combination, but it works for them quite well. The temple serves as sanctuary for animals whose numbers are dwindling at alarming rates. Tigers and other endangered creatures live there in harmony. The temple currently has around 50 tigers and the monks are trying to “domesticate” them and temper their taste for the hunt for fresh meat.

9. Tigers and some traditional medicine men don’t get along very well.

The proponents of traditional Chinese medicine are already implementing a policy that requires their members to stop using tiger bones in their prescriptions and preparations. Perhaps because of this move the Chinese black market for tiger parts has significantly dwindled because of this recent move. However, the damage has already been done.

8. Tigers are the biggest cats. 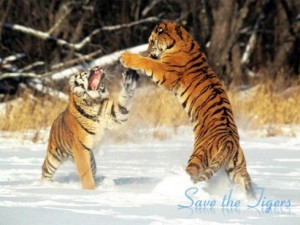 Tigers are the biggest cats and not just in Asia. In fact the tiger is third in line for the “biggest land carnivore” title (first place goes to the Polar bear and second place goes to the Brown bear.) The tiger’s got another edge over the other big cats since they have the longest canines (up to as much as 3.5 inches in length). The tiger could weigh up to 300 kg. and grow to be 3.3 metres in length.

India and Bangladesh have both embraced the Bengal tiger as their national animal. Even beyond Asia, tigers are chosen as sports mascots and their distinct stripes and form appear in coat-of-arms and flags. From figures of myth and folktales of the ancient peoples of the continent, the fascination for these marvelous creatures has been carried on to these modern times. 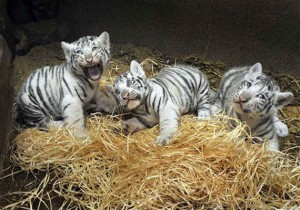 Mike Tyson and Michael Jackson kept tigers as pets. Many more, less famous individuals have been sold tiger cubs and keep adult tigers in their homes today. Buying tigers becomes very fashionable when the Year of the Tiger comes along. It is still a long way off but Indonesia is proposing to sell tigers in order to protect and save them. The Indonesian government intends to implement strict requirements and monitoring. This move is received with much trepidation by conservationists who argue vehemently against it, and for good reason.

5. Tiger populations are falling at a very alarming rate. 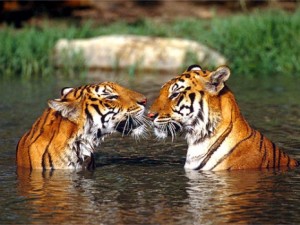 Historical reports named the whole continent of Asia from Turkey until Russia, including East and Southeast Asia and the islands of Bali and Java in the Indonesian archipelago as tiger territory. Tigers used to thrive in diverse habitats with the widest range of climactic and geographic characteristics. And now they are found in very obscure jungle niches, and like we said, there are only 3, 200 tigers in the wild today. Why is that such a big deal? For starters, there were 100, 000 tigers in the wild at the advent of the 20th century. 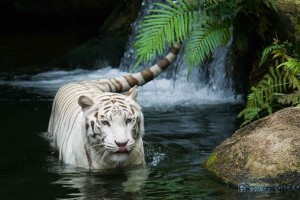 Tigers hunt in solitude but they are also social animals. But wild tigers are averse to human presence, probably because of the centuries of poaching and human encroachment on their natural habitat. Though certain “domesticated” tigers tolerate being photographed with their Buddhist monk temper around, tigers in the wild disappear into the jungle at the presence of humans armed with nothing more than cameras and tripods.

3. Tigers are vulnerable to extinction.

There are many reasons why it has come to this—that the biggest of all wildcats are vulnerable to being wiped out from the face of the planet. It took only a couple of hundred years for their numbers to spiral down from 100, 000 to less than 4, 000. Poaching may be a significant issue, but a bigger conflict is considered as the major contributing factor. Tigers live in densely populated areas and human populations are encroaching on their space to the point that their once ample habitats are now unable to supply their considerable prey requirements.

2. Tigers are no matches to humans who kill them without second thought. 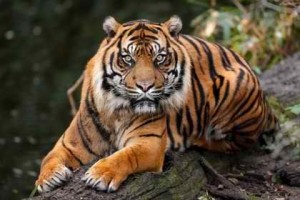 Tigers may efficient killing machines with long canines, scary claws but they are no match to human beings who shoot and bag them for their body parts. Sadly, there are those who consider their parts more useful than their magnificent whole. Humans have killed off too many tigers already that even humans who couldn’t care less are starting to talk about their scarcity.

1. Tigers are worth saving. 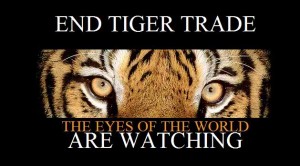 Tigers are on the brink of annihilation. Tigers are disappearing. These have been said and written in dozens of languages as battle slogans for the many organizations that are currently advocating tiger conservation. At the center of this hub is the global campaign of the World Wildlife Fund (WWF) with Leonardo DiCaprio (the actor) as ambassador. Learn how you can help achieve their 2022 Year of the Tiger goal at http://www.savetigersnow.org/.

There are so many interesting facts about tigers. Unlike so many other creatures that inhabit the planet, they don’t have that many secrets as their habits and behaviors have been observed and studied extensively. We can use what knowledge we have about these amazing animals to do keep them from being extinct. Wouldn’t you want your great-grandchildren to be able to still see tigers in the wild?